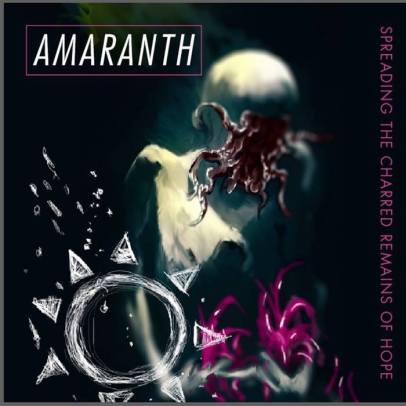 In November of 2018, Amaranth released the album Spreading The Charred Remains of Hope. This twelve track album is well worth the listen, and afterward, I’m pretty sure you’ll want to own it as a part of your collection (there’s a link below).

Songs I instantly connected with were Ghost In The Rain, Sheets of Glass, Fatalist, and the title track, Spreading The Charred Remains of Hope. Fatalist features a great, catchy guitar that, in ways, reminds me of The Cult, and gripping vocals that match the emotional ebb and flow the track emits. I enjoyed the title track very much. As soon as it began, I ran for my studio headphones so I could listen in greater detail. The notes in the intro delicately drip through your brain, and when the guitar comes in, watch out. It’s seriously a great pay off. And, of course, Ken’s vocals are the icing on top of this amalgamation-cake of electronic-gothic rock-new wave … oh, I’ve run out of genres to describe it with. Just trust me. Amaranth’s versatile sound should most-likely appeal to you. Personally, I found it to be inspiring and worthy of repeat listens (Hell, it’s worthy of space on my car’s USB drive. Now that’s an honor). And as an artist, that’s what matters the most to me–wanting to hear those songs again. 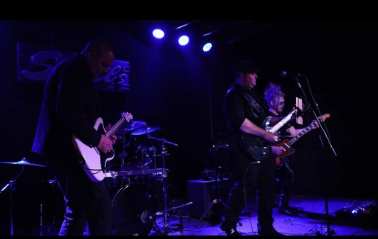 Amaranth has some single releases you should check out as well and a fan page at the following links:

Review by Veronica Campbell and published on Nov. 3, 2019.